In spite of the fact that the return of the Greek experimenters Chaostar had been awaited for long six years, not everyone liked their long-awaited album «Anomima«. Many fans were expecting for more operatic sound, a kind of continuation of «The Scarlet Queen«. Instead, Christos Antoniou presented to the world the pure avant-garde mixed with Greek and Middle Eastern motives. And instead of the crystal-clear soprano of Sapfo Stavridou, there sounded the dense and heavy mezzo-soprano of Androniki Skoula. This change of priorities divided the fans into two camps: one believed that Chris himself didn’t know what he wanted, and the rest — that this was a logical step for the band, if they didn’t want to become hostages of one musical direction. Anyway, the passions subsided with time, and everyone waited for the next creation.

So, Chaostar continued the tradition started on the previous album, and the record opens with a «white crow», a stylistically strange and unlike anything. On the album “Anomima”, it was the avant-garde «間-MA» with Japanese lyrics, and on «The Undivided Light» the band went even further and introduced «Tazuma Jua«, an electro-symphonic work in … is it Swahili? And once we talk about languages, I must admit that on the new album the diversity is somewhat less than on its predecessor. So, once again we here lyric in German («Blutbad«), and also there is a composition in Greek («Memnizo«). As well as the previous one, the new album turned out to be rather variable, but it’s not so stylistically chaotic. «The Undivided Light» appeared to be much more holistic and does not look «torn»: the songs flow into each other, creating common musical outline. But it cannot be called monotonous — it is more thoughtful and well-considered. Despite the fact that the traditional motifs have not gone away, their concentration has become smaller, and again the classical components began to prevail. This is especially heard on «The Undivided Light» and «Memnizo«. But if we talk about the classics, the “Blutbad” seems to be the most interesting composition in this aspect, for its construction (and especially the vocal lines) refers to musical expressionism in general and to the work of Alban Berg in particular. And for those who are familiar with baroque music, a fragment of Dido’s aria «When I Am Laid In Earth» from Henry Purcell’s opera «Dido and Aeneas» will become a pleasant surprise. «Stones And Dust» is remarkable for the fact that it contains references to «The Scarlet Queen«. And on «Silent Yard» Chaostar continue to improve in the field of the classical avant-garde. The album finishes with the composition called “Ying & Yang” which is atypical in its tenderness and certain fragility. 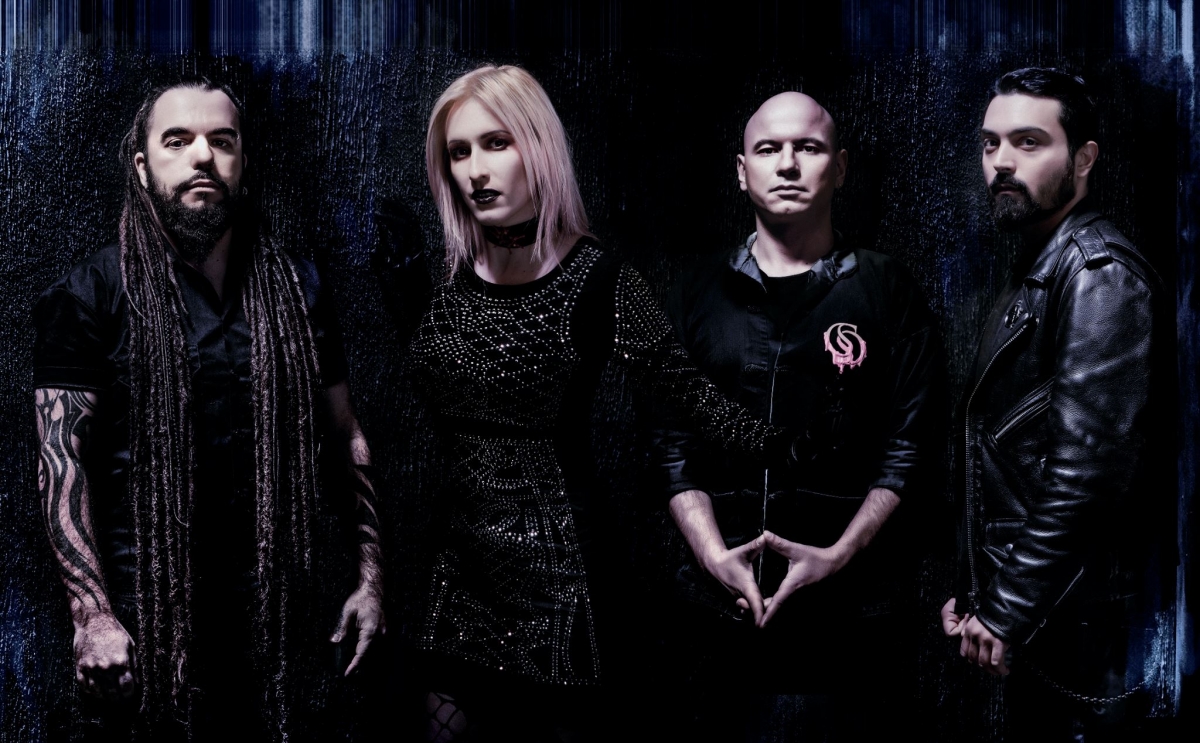 The section of traditional instruments on the new album is great. Despite the poor variety of them compared to the «Anomima«, it doesn’t influence the quality of music in a bad way, but on the contrary, it looks appropriate and does not block the music.

I’d like to talk about the vocal separately. Androniki Skoula definitely did a great job. She sounded worthy on the previous record as well, but it on the new album she has completely unfolded her potential. Chris finally managed to insert the dramatic mezzo-soprano perfectly into his music. Despite the fact that Androniki’s got only operatic training, her vocals are incredibly variable. And maybe it will sound ungrounded, but her work on «The Undivided Light» can be comparable to the work of Lisa Gerrard on the albums Dead Can Dance.

Speaking about the atmosphere, we can say with confidence that we have another «non-spring» release. But at the same time — there is no melancholy and light sadness of early autumn, as the one we can find on, for example, Alexandra Martin’s latest work. «The Undivided Light» represents the purest mood of the late November with its cold winds and blackened branches of trees. It’s is not tragic, like «Anomima«, it’s appeared to be decadent, corruptible and sometimes incredibly depressive. There are no mood jumps, it is monotone, gloomy and cold, and this is the album’s charm. The only conditionally bright spot is the already mentioned «Ying & Yang«.

Talking about the album’s weak points, there are none of them. Unless, this album is not for everyday listening and you need an appropriate mood to fully comprehend it.

Summarizing, we can admit that Chaostar managed to create a truly unique thing. This album is a mature and a very deep one. And it may sound a little pathetic, but “The Undivided Light” can be considered to be an example of elitist music.