Rain Diary: «We all have grown much older for 10 years of the band»
Exclusive interview with finnish dark wave band
interviews
MetalBonobo

It’s been almost four years since the Finnish dark wave band Rain Diary released their previous album, and now their second full-length work “Black Weddings” is coming out. According to the band, this album has definitely become a “wedding of the light and darkness” for them.

MetalGossip was lucky to talk to the band’s keyboardist Tytti Toppari and vocalist Tommi Suomala about addictions, seeking of inspiration and everlasting unity of the opposites.

MG: Hi, guys! Thanks for finding time for MetalGossip! We were extremely happy to learn that you were going to release a new single soon. It’s been almost 4 years since the «The Lights Are Violent Here»’s release, so could you please tell us what was the reason for such a long pause?

Tytti (keys): We had lots of ideas as a band, and many musical paths we’d like to take. I guess that we just needed the time to gather all of our thoughts and mold them into one album. Also, we needed the pre-production session with our producer Jaani Peuhu, which happened during our Autumn 2014 German tour, in a picturesque kneipe in Reeperbahn and after that in the middle of the night in Swedish highway. After these beautifully absurd sessions everything just happened really easily.

MG: What is the story behind “Berlin”? It seems like there’s something special about this city, or we need to perceive it not so literally?

Tommi (vocals): People have a tendency to attach to things and the ego is trying hard not to let go of them. So the ego is doing everything in it’s power to find reasons not to let go of those attachments. It could be substance abuse, it could be an unhealthy relationship, it could be anything that we know is not good for us, but it feels it’s easier to grasp onto those things rather than just let go and admit that you’re not walking the right path. We usually talk about addictions only in context of substance abuse, forgetting that we are addicted to a lot more things. So basically «Berlin» is about our attachments; if a relationship does’t work, we think that moving to Berlin will fix everything. And again, that relationship could be with drugs, alcohol, other people and whatnot, moving to Berlin has a symbolic meaning here. 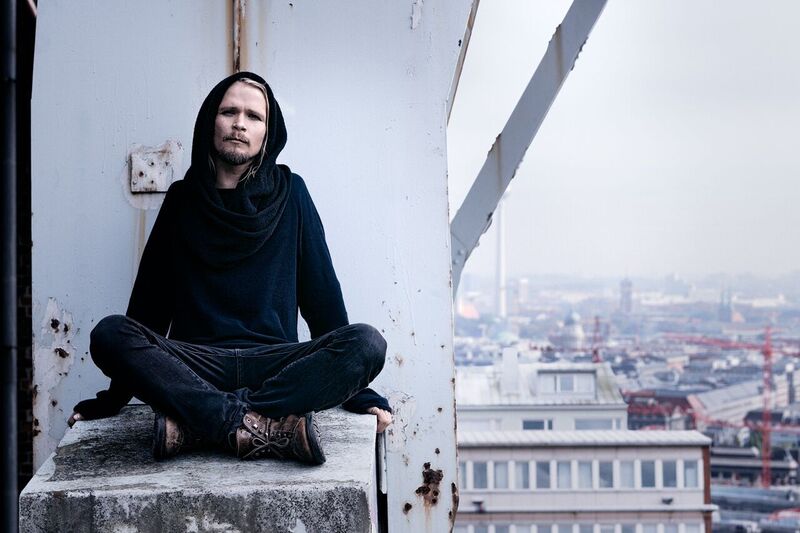 MG: The video for “Berlin” turned out to be very atmospheric. Would you mind telling us about the shooting process?

Tommi: We wanted to create a lot of bizarre movement and make fast cuttings. Movement reflects the impermanent nature of everything and the added bizarreness symbolizes the pain the ego feels, when we realize that nothing lasts forever.

MG: Moving on to the most “delicious” news, your upcoming album “Black Weddings”, we are looking forward to know more about it! Could you please give us some details? What can we expect from it?

Tommi: It’s a bit more coherent than «The Lights Are Violent Here». I won’t call it a theme album, but it certainly has a red line. That’s why we wanted to use the plural form of the word ”wedding”; every song is a marriage of light and dark. A marriage is usually seen as very bright, white thing and black is void of all colours but if you go deeper, you realize that everything exists and is in a non-existent state at the same time and there really aren’t any opposites. 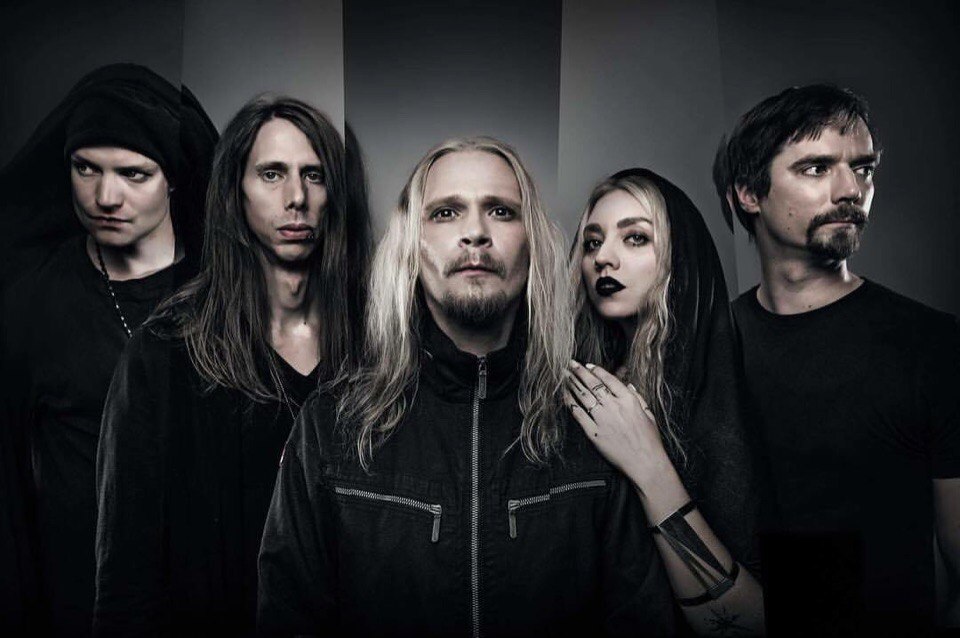 MG: Coming closer to the band, Rain Diary has recommended itself as a band with amazing dark sound. What did have influence on coming-to-be of your sound? What bands / solo-artists would you call “an example”?

Tytti: We started Rain Diary 10 years ago and on the way we have developed quite a distinctive soundscape. While we’re grown older individually and as a band, our personal musical preferences have grown a bit apart, or widened if you like, which to me is a richness. Also while we’re all equally passionate about music, we all have a different point of view when incomes to creating new music. These two things are the main reasons Rain Diary sounds like Rain Diary. I’m not sure if we have an ”example”, but musically we’re close to Depeche Mode and IAMX. I don’t know what the guys think, but I’ve always admired artists that do their own thing, believe in themselves and be original. To me personally the biggest influences nowadays are probably Nine Inch Nails, Rammstein and Die Antwoord because they have and will bravely keep on doing their own thing.

MG: Who are you dreaming to collaborate with?

Tytti: As a band, our dream collaboration would be IAMX or Depeche Mode, definitely. Personally I dream of sharing a stage someday with Rammstein, NIN or Apocalyptica. Thinking out of the box, collaboration with an artist in a different field to create a multi-sensory experience would be something that people haven’t heard of before.

MG: Talking about your performances, where do you like to perform the most – a small club or a big festival? Why?

Tytti: Small clubs have their charm — you can feel the audience, see their reactions, even smell them. Also I like to interact with my bandmates during the show, have fun and joke around. But of course it would be a dream come true to play in a big festival stage, to see the ocean of people in front of you. Maybe next festival season? 🙂

MG: What’s the main resource of inspiration for you? Do you have any “recipe” of writing songs?

Tommi: Usually things just flow out naturally, unforced. In the end you know what sounds good and what doesn’t. So you just try to find a way to make things sound good. If it doesn’t feel right, ditch it. 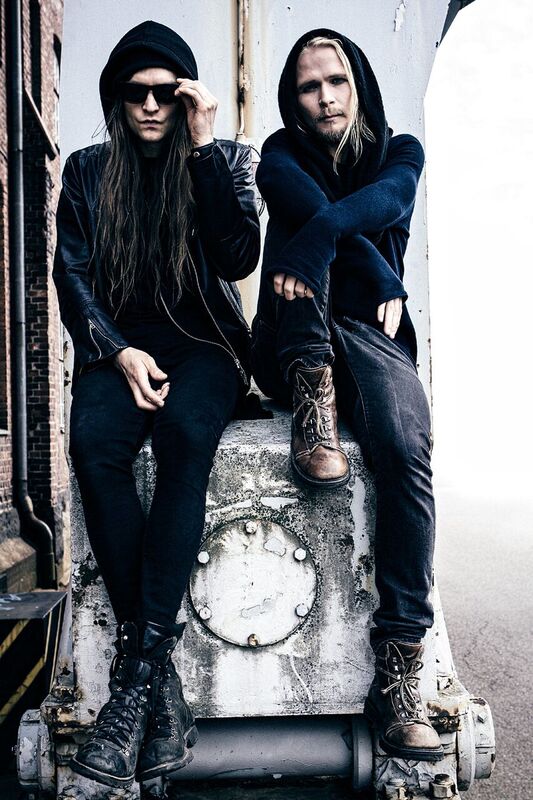 MG: An integral part of the bands’ work is maintenance of good relationships among the band’s members. Do you have any disagreements during the composing and how do you usually solve such problems?

Tommi: Sometimes things heat up but we’ve all grown a lot during these years. In order to become a better person and learn how to channel your anger in a constructive manner you have to admit if you are being an asshole. Then you apologize and give a hug. Give a lot of hugs, even if you are still angry. That usually dissolves the bad spirit and you’re able to work together again.

MG: Guys, are you planning to perform anywhere outside Finland after releasing “Black Weddings»?

Tytti: We’re playing our record release show in Hamburg in Reeperbahn festival on 20th of September! We’re playing three shows in Germany (21st of September in the Finnish Seaman church in Hamburg, and on the 22nd in Vakuum in Bad Bevensen). We’re planning a German-tour for the Spring 2018 and also some big plans for the rest of 2018, but I cannot tell more about them yet!

MG:  Thank you very much for the interview! Can’t wait to listen to your new album and see you on stage!

Tommi: Thank you, and we hope to see you soon!