Androniki Skoula: «I wouldn’t be singing if it hadn’t been for my classical studies»
Interview with lead vocalist of Chaostar
interviews
Lily Scarlet

The band Chaostar is a unique phenomenon on the «alternative» stage. The combination of classical music elements, ambient and ethnics makes them different from their colleagues. Each album of Chaostar is a kind of challenge to the band. MetalGossip had a chance to have a talk with the vocalist of Chaostar — mezzo-soprano Androniki Skoula. The singer shared her thoughts about the new album, the importance of classical music education, inspiration, Tchaikovsky’s music and much more.

MG: Please tell us about your new album. What is the main difference between “Anomima” and “The Undivided Light”?

Androniki: Hello and thank you for your interest in Chaostar! The new album is again (at least the way we see it as a band), a way to expose our feelings but in the meantime to maintain a blank canvas on which every listener can project his feelings too. There is no music pattern we follow in the process of writing and this I believe allows the listener not to stick on forms rather than to freely expose his feelings to. As far as the differences between “Anomima” and “The Undivided Light” are concerned, I wouldn’t focus on them because those albums are not car models to be compared, but both they are artistically ways of expression each of them holding their distinctive signature. However I would say that “The Undivided Light” is musically more concrete than “Anomima” which tended to be more fluid.

MG: What is the concept of “The Undivided Light”?

Androniki: “The Undivided Light” talks about the power of the light to shine even if it is shared or divided into many flames. The light represents anything that is precious for each of us. Maybe a value, a virtue , a battle, an idea . Those things do not fear division and as soon as we realize that it is in our hands to protect them by sharing them and make people aware of them our life starts to have a real purpose. Sharing important spiritual (and not only) things in life is a good way to estimate the level of quality we maintain. Sharing and cultivating ideas, values of beliefs however is not always an easy task. Most of times it is demanded from us throughout personal sacrifices to protect their bright “flame” of being blown away.

MG: “Anomima” contained multiple language lyrics, including Japanese. What about the new album?

Androniki: The new album once more contains multiple languages. We used Swahili, English, German and Greek. We always enjoy the use of foreign languages because it is a means of experimentations and it unveils hidden doors in terms of the final result. 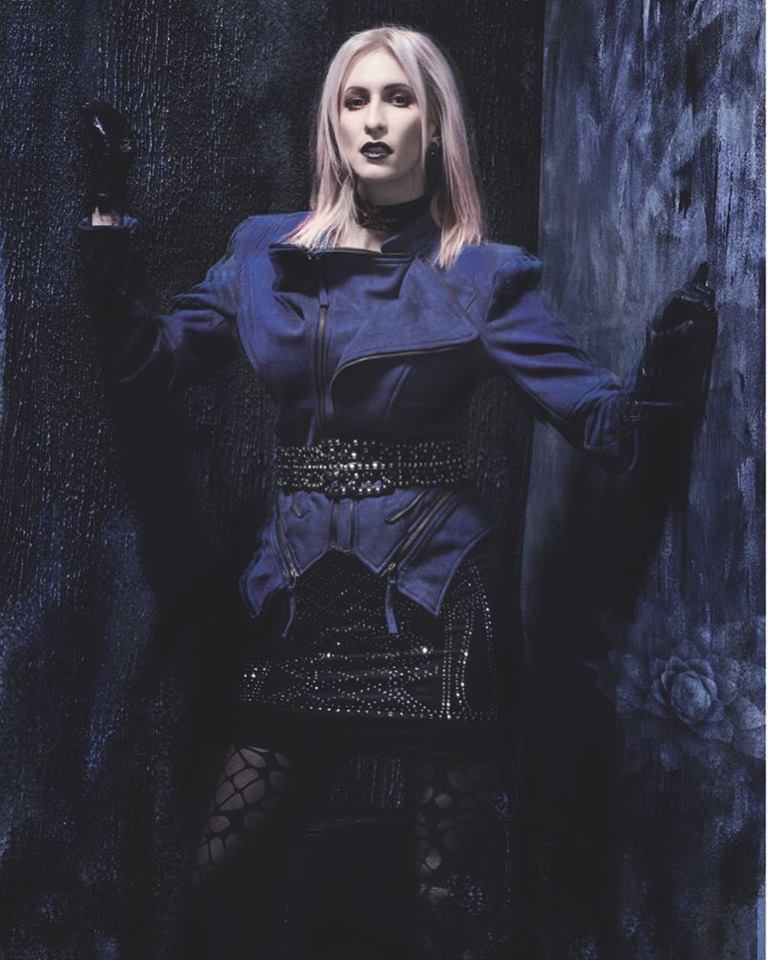 MG: Is it difficult for you to sing in different languages?

Androniki: Well of course there is a considerable level of difficulty in singing different in languages, but this doesn’t frighten me at all. The reason is that I am not competing with native speakers of each language nor I am passing through a language test when I am singing. There is an artistic freedom that allows me to “pronounce” the language the way I feel to do it. I would say that I investigate what is the impact of pronounce inside my soul in each language and then I “color” the singing with that feeling. To put it in a more simple way, I would say that language is another means that we have in our hands. What impact does this “tool” has inside of you? Well that exact impact a singer must convey throughout her/his singing and then the languages doesn’t just stay a linguistic caprice, but rather a trigger to new feelings.

MG: What is your favorite song on the new album?

Androniki: “The Undivided Light”! It is my favorite because it combines also baroque singing with the ambient atmosphere! “The Undivided Light“ is a very special song because it has very vivid the element of surprise! The moment where I sing the aria “When I am laid” from the opera “Dido and Aeneas” by Henry Purcell in the middle of the song really overwhelms me and excites me!

MG: This is your second album with Chaostar. What has changed for you since your debut in the band?

Androniki: I think that I have much better connection to Christos Antoniou and that we really have created a magnificent pace while working on Chaostar. The same of course applies to the rest of the band. Our work rhythm in Chaostar becomes constantly more fluent and productive.

MG: Do you plan to tour with new material?

Androniki: Touring is always in our plans. It is not very easy since Christos is most of the year away touring with Septicflesh , however we will find the right place and time for a good Chaostar show.

MG: In your opinion what makes Chaostar so unique?

Androniki: Hehe! That is something that you the listeners will answer for us… We really cannot tell that for ourselves… After years of work, maybe we are lucky enough to gain a good recognition by the music industry and the total acceptance of the audience. Since then we see ourselves only as lonely soldiers wandering on the dark forests of subconscious. Now if you feel that Chaostar is unique, well that really honors us and fulfills us with happiness. If the impact of our music in your heart is unique then that means that we achieved to deposit some parts of our soul in our music which consequently echoes inside your heart. Thank you for that.

MG: Back in 2014 you performed in Christos’ classical music piece “Fosferatu”. Please, tell us about this experience. Will you perform it again?

Androniki: It has been maybe the most exciting experience of my life… The piece talked about Max Plank’s work on the diversity and seductive features of light. Light and its consistency still remain attractive and seductive to scientists. It is a topic in physics that always attracts a lot of audience and still shed a veil of mystery over itself. The beauty in “Fosferatu” is that Christos managed to write music on such a complex and mysterious subject, without losing the essence of mystery… I personally found very exciting being alone the soloist of the act, plus acting all by myself on stage. It has been a challenge for me and Chris but we enjoyed it. “Fosferatu” has also been a really good chance to see how difficult and demanding is to cooperate with 16 classical musicians and the great maestro George Aravidis. It has nothing to do with a metal or rock show. 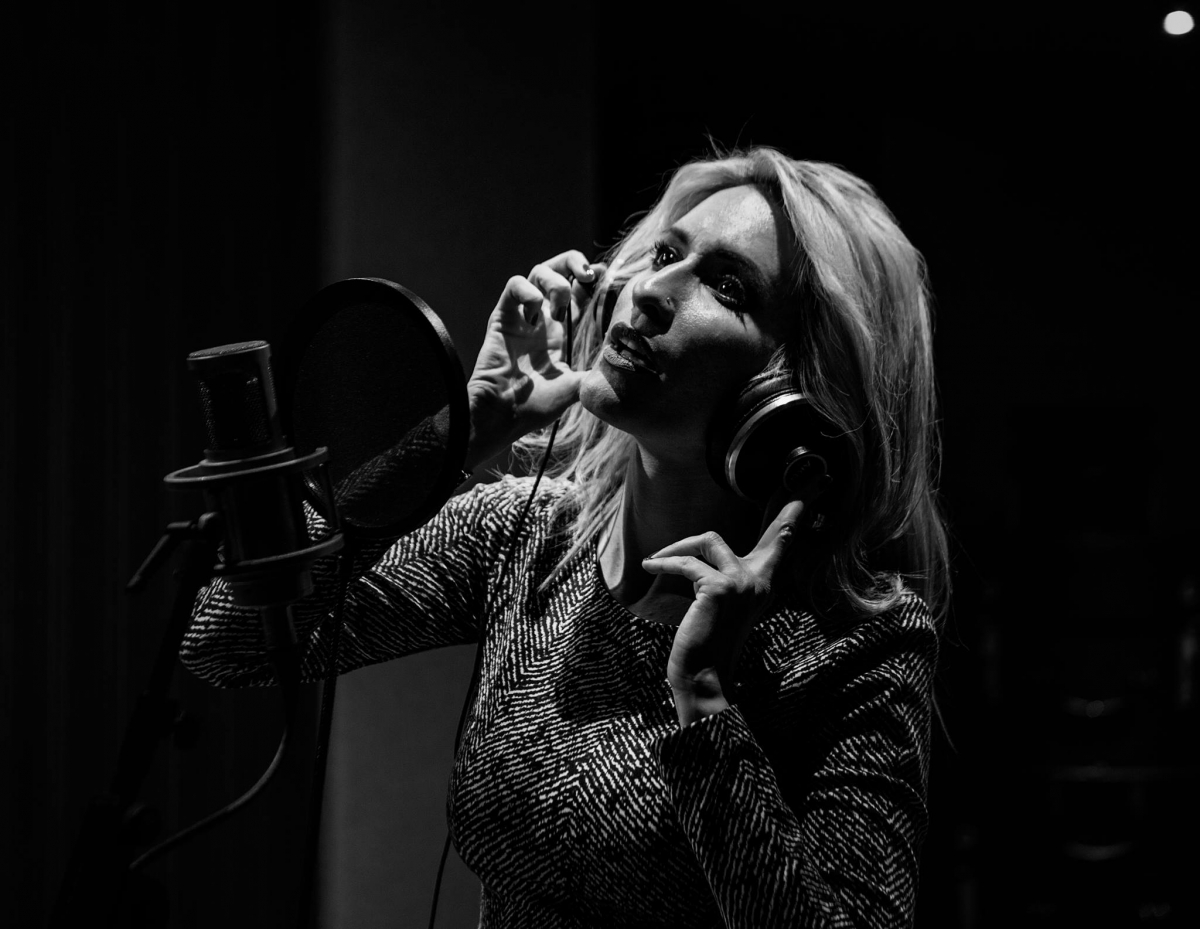 MG: Talking about singing. Do you think musical education is important? What did it give to you?

Androniki: Musical education is very important. I wouldn’t be singing if it hadn’t been for my classical studies. The same applies to Chris. He wouldn’t be able to “construct” such complex classical forms in Chaostar and Septicflesh if it wasn’t for his studies on Classical composition. The real empowerment that classical studies inherit is the ability to meet the extended boundaries of music, even though you won’t follow that path in the end. It is like unlocking all the doors, but choosing in the end which you will finally go through. This of course doesn’t mean that people with not a single study in music hasn’t achieved highly acclaimed carriers. The one doesn’t exclude the other. However for me and Chris it is more than certain that the indulgence in classical studies broadened our perspective on the abilities of ourselves and mostly to the existing possibilities out there to approach sound in many unconventional ways.

MG: What are the advantages of classical singing technique for you?

Androniki: The most significant advantage of the classical technique is that it allows me to sing high and low notes without damaging my vocal сhordes. Singing extreme notes and damaging your throat simply doesn’t work.

MG: Do you what to participate in full opera production in future?

Androniki: Well of course. This is a dream but very, very difficult to be achieved…

MG: Androniki, do you have dream role?

Androniki: I really haven’t thought of that. I have dreams of myself doing this and that, but not a specific role that I would like to play.

MG: What is your favorite classical piece to perform?

Androniki: Definitely the “Mon Coeur s’ouvre a’ ta voix” sung by the role of Dalila , taken from the opera “Samson et Dalila”. 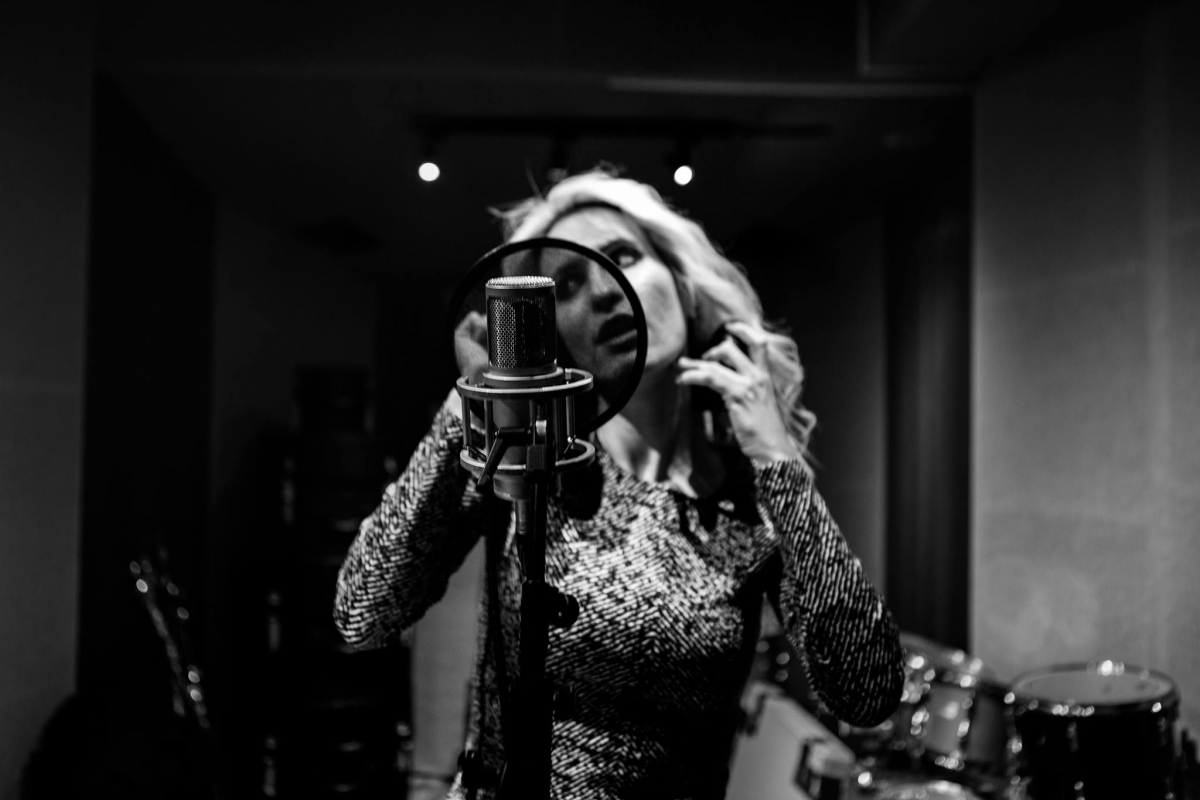 MG: Are there any musicians or bands with whom you want to collaborate?

Androniki: There are many bands that I admire. It would be an honor for example if we would be able to cooperate as Chaostar with Kronos quartet.

MG: Who inspires you in music?

Androniki: What rally triggers me in music is my memories. I cannot really tell what my memories have become inside my soul at the moment. Maybe a marble amalgama of feelings and thoughts? I really don’t know, but certainly what triggers me to sing to compose and to express myself are the feelings, the wounds and the laughter I carry inside me. Music is one means to communicate my inner self and a healing process to ease my pain for loss and fight.

MG: And for the last one. Do you have something to say to your Russian fans?

Androniki: I would like to tell my Russian friends to keep up their vivid personalities alive! I also want to underline that the way Russian Arias impact on me, is so strong and deep that really makes me shiver. Every time I sing Polinas’ aria, «Подруги милые» from Tchaikovsky’s “The Queen of Spades” a bittersweet stab wounds my heart. I love it. It talks again about memories… Coincidence that I am always moved by the element of remembrance? I don’t know but definitely Tchaikovsky put it the right way… Thank you my dear friends for supporting Chaostar! I wish all the best to all of you!!